"New from the Kitchen"
Recipe of the Month - January 2011

One of my inspirations in cooking is the classic French food of Pierrre Franey. He was the chef at the famed Le Pavillon restaurant in New York and in the 70's wrote a column for the New York Times, which was subsequently turned into the cookbook, The New York Times 60 Minute Gourmet. One of our favorites is the quickly prepared Poisson Meuniere or basic saute of fish, which I have adapted for grouper (flounder, sole or snapper will also do nicely).

The term "Meuniere" means Miller's wife. Since grist mills were typically on a stream to power the mill and fish were abundant (as was flour), this technique of coating the fish in milk then flour and quickly sauteing was a favorite in the French countryside and thus got it's name.

Sprinkle the fish with salt and pepper

Pour milk into a flat dish and dip the fillets in the milk and then dredge inthe flour, shaking to remove excess.

Heat the oil in a skillet large enought to hold the filets in one layer. Add the fish and cook on high to medium high heat for 1&1/2 minutes or until golden brown on one side. It needs to cook quickly. Turn and cook another 1 to 2 minutes.(This may take a little longer depending on the thickness of the fillets)

Transfer the fish to a platter and four off the fat from the skillet and wipe out with a paper towel.

Add the butter and cook over moderately high heat until the butter is foamy and starts to brown. Sprinkle the fish with lemon juice, pour the butter on the fish and garnish each piece with a slice of lemon and chopped parsley.
More Recipes of the Month
Recipes 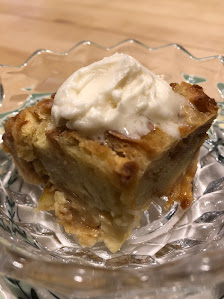